According to the report, several people reported seeing at least one naked character in the bill.

“It’s too pornographic,” a participant in Toronto said. “What is the woman on the top holding?”

Another said, “The naked women are going to offend someone.”

Another image shows the World War I Vimy Memorial in France that honors thousands of Canadians who fought and died in the battle that helped turn the tide of the war.

However, many of the focus group participants said they knew nothing about the battle and said it looked more modern. I hope they do not plan to change the bill because of this feedback.

Am I missing something?

Here is a picture of the memorial according to the CBC. 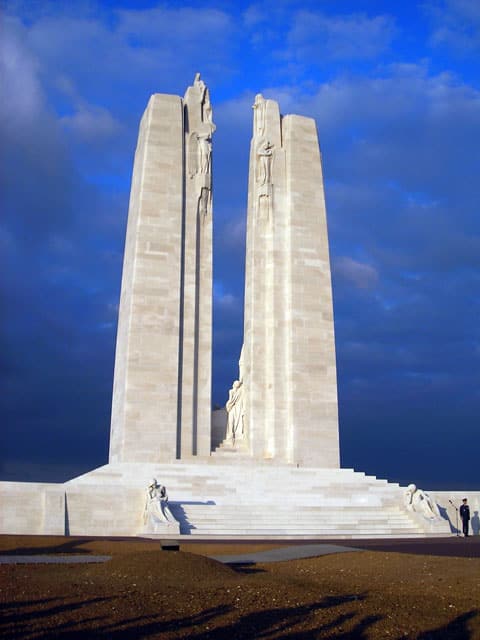 I don’t see the controversy and the Memorial does more than mark the site of the engagement that Canadians were to remember with more pride than any other operation of the First World War.

It stands as a tribute to all who served their country in battle in that four-year struggle and particularly to those who gave their lives.

Carved on the walls of the monument are the names of 11,285 Canadian soldiers who were killed in France and whose final resting place was then unknown.

Standing on the monument’s wide stone terrace overlooking the broad fields and rolling hills of Northern France, one can see other places where Canadians fought and died.

More than 7,000 are buried in 30 war cemeteries within a 20-kilometre radius of the Vimy Memorial.

How much would you pay for unlimited first-class travel in Canada?

Is an MBA still worth it?

Which celebrity gave the most to charity in 2011